How QFES came about.

The Quality First Education System has been developed by Julie Norman, an Executive Head Teacher with responsibility for two schools in Somerset whilst supporting another two part-time. It was born out of necessity. Julie and her teachers from her federation knew that ‘teaching to the test’ didn’t work. They also knew that piling on extra numeracy and literacy in an effort to improve results simply turned the children off learning. It also left little time in the teaching day to introduce the ‘Character Curriculum’, not to mention music, PE, yoga and other essential elements in a rounded educational experience.

Julie took over the federation of two schools in an area well below the national average for performance. Although rated ‘Good’ four years prior, they were in decline, with up-to-date data indicating that these two schools would then be rated as ‘Requiring Improvement’. As is often the case, this was largely due to complacency, and a willingness to make excuses for a school set in a rural, farming community that “didn’t value education.”

There had to be a better way…

The QFES System was introduced and would mean that they would be rated as Outstanding under the new Ofsted farmework as suggested by an inspector. 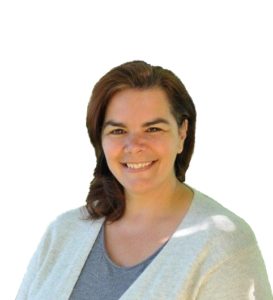 Julie qualified to teach in 2001 as an Early Years specialist but found herself taking up her first post in Year 7 in a middle school with a notorious reputation for violence and poor standards. She loved it there and stayed for 18 months working hard to instill respect, love, aspirations and higher standards along with helping the children to gain character traits that would help them to independently succeed in life. One of those ‘unteachables’ has now become a Primary school teacher himself as he felt she had inspired him.

Julie was then offered a position in a large middle school in Poole which was in need of Senior Leaders to improve the school and behaviour. She taught in Year 7 and soon became Head of Year 7 managing a team of five teachers and 150 children. Restraining children who were violent was a daily occurrence but after some years this become very rare as she worked hard to show the children how to voice their feelings, manage them and gain resilience, perseverance and ambition.

After 5 years Julie moved on to become a Deputy Headteacher in North Somerset leading teaching and learning, SEND, vulnerable learners, assessment, curriculum, staff capability and Key Stage 1 along with the day to day running of a large Primary School.

After many years she believed it was time for her to create the school she believed all children deserved to be in, to learn how to appreciate themselves, others and the world around them rather than just follow a linear curriculum. She said “I was watching children cover English and Maths in the morning with a session on SPAG, then go in to booster sessions in the afternoon for writing and number. I wondered, what were they being taught? How are we preparing them for life? What sort of education was this?” The opportunity arrived when she became Executive Headteacher for 2 small rural schools and decided to get to work to create a school filled with creativity, love, outstanding teaching and learning, broad and exciting curriculum, character building and mutual respect for all.

Julie also enjoys supporting other Headteachers in Somerset as an NAHT Support Officer and also working as a Primary Executive Lead for a Multi Academy Trust part-time. She even manages to regularly squeeze in key note speaking on Character Curriculum and Wellbeing for all. She is really excited to share with everyone through The Quality First Education System ways in which other schools can create the curriculum and leadership skills so they too can have the school and quality education they feel their children deserve. 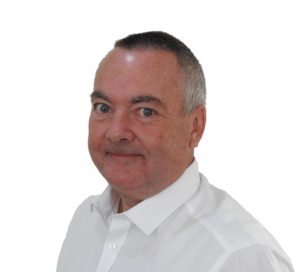 Andy Norman looks after the operational side of SOS. He has run a Consultancy and Recruitment company called Andy Norman Associates Ltd for the last 10 Years, with SOS joining the portfolio in 2019. Andy has a background at senior manager and director level in business development, change and start ups, as well as account management. The operational role at SOS makes full use of this experience with a focus on customer service. Andy’s job is to ensure the operations of the business runs smoothly on a daily basis, to be the point of contact during office hours and work with the IT Development Team.

As the surname suggests, Andy is married to Julie. “Julie is 100% focused on making education better at all levels” he said. “She developed the Quality First Education System initially for her own needs but could see that it would have a major impact on the performance of other schools. Management at County and Diocese level encouraged her to make the system available to them, and at this point Julie took up the challenge and started SOS. It has been a pleasure to be involved with such a rewarding project.”

Having spent many years working for both national and international companies all over the UK, Andy & Julie now live in a lovely village in the South West of England. 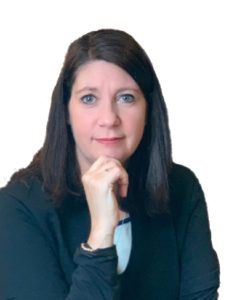 Lisa Carlin entered the world of Education back in 2000 after completing a PGCE and worked as a Primary School Teacher for the next fifteen years. A conscientious and dedicated teacher, Lisa came into the profession as she was passionate about making a difference and for her love of helping others.

Frustrated and despondent with our education system, Lisa left in 2015 in pursuit of building her own business with a focus on Personal Development and Wellbeing. Lisa jumped at the chance of broadening her work within education when asked to join the SOS team. She instantly saw the potential that SOS has to offer and having worked with Julie Norman previously, Lisa was keen to be involved in a working capacity with Julie again, knowing how their ethos, beliefs, and values around education are so compatible.

Lisa is so excited about this business and what it has to offer, as she sees this as the missing piece of the puzzle that our schools and education establishments so desperately need.

Lisa currently lives in a beautiful part of the West Country, with her beloved dog, Izzey. As well as being an avid learner within the personal development industry Lisa loves nothing more than being out in nature, walking her dog and spending time with friends (including furry ones) and family.

Want to know more? Take a look at our FAQ’s or contact us